we have been carrying out tree care in Devon since 1985 from planting through to dismantling large trees.

Countryside and Wildlife Act 1981: before carrying out any work it is necessary to carry out a risk assessment. This includes checking for protected species such as bats, birds and mammals.

Where possible it is a good idea to leave dead wood in trees and dead trees themselves. There are ways to make these dead branches safer by reducing them so they present less of a hazard.

We can put up bird/bat boxes in a tree whilst working up there if you wish. We can also create wildlife habitats such as dead wood hedges, logpiles. These are good for insects such as stag beetles, small mammals and reptiles.

Woodchip mulch is recommended to be used around trees at a depth of 80 – 100mm so long as it is kept away from the trunk – mulch placed against the stem is likely to retain moisture creating anaerobic conditions which increases the likelihood of diseases. Woodchip mulch can reduce moisture evaporation from the soil surface and fluctuations in soil temperature. It suppresses weeds and helps to prevent soil erosion from heavy rain. It also adds organic matter to the soil system, increasing soil microbial activity and aeration. The British Standard for tree planting and establishment (BS8545:2014) says that mulches are most effective when they are 50 mm to 100 mm in depth and applied from the drip line almost up to the base of the stem. 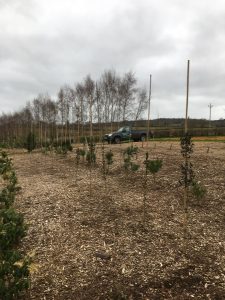 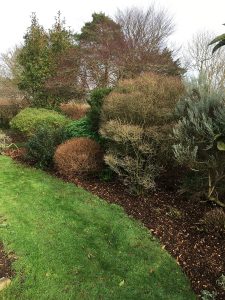 We use a lot of mulch as we find it does all of the above – last summer (2018) we did no watering whatever of this nursery stock (shown in the photo above) and the soil was still moist under the chips despite the drought. Weeds are easier to pull up and easier to spot in the first place. 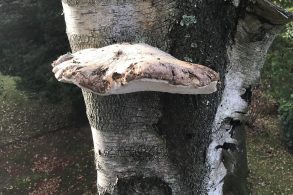 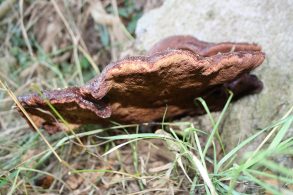 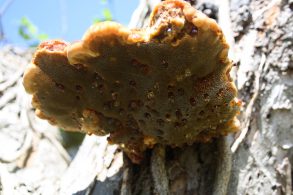 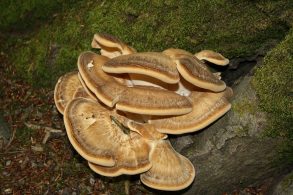 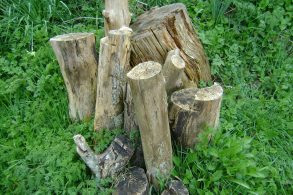 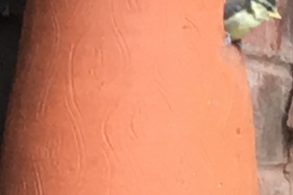 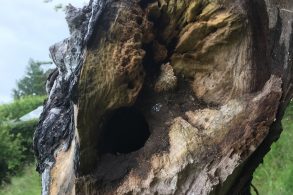 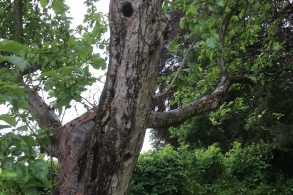 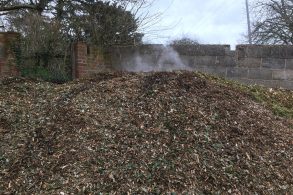